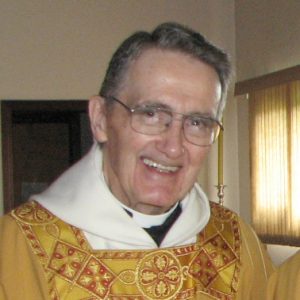 Our Director is Father Noel H. Rothrauff, O.S.B., who has been a monk for 70 years and a priest for 63 years.  After many years of service as a pastor, educator, and administrator, Father Noel became the Director of Foreign Missions in 1982.  By then, his younger brother, Father Leo P. Rothrauff, O.S.B., had served as a missionary in Brazil for 18 years.  He went on to serve for another 18 years.  Father Noel himself has served at both missions in Brazil and Taiwan for several months at a time over the years. Father Noel has always had a deep love and compassion for others, especially for those in most need of spiritual and financial assistance. The apostolate of service in the Foreign Missions has allowed him to live out this dedication in concrete terms each day.  Throughout the years, Father Noel has helped unite volunteers, Monks, and the communities we serve reach beyond the gaps of culture, language, and economic and spiritual differences.  His focus is on the issues and concerns that bind humanity together.  Every Heart yearns to come to know the Lord.  Every child wants to learn.  Every person is capable of conversion.  And every person, regardless of economic, physical, or emotional hardships, has a desire to give back.  In these ways we are all more alike than we are different. 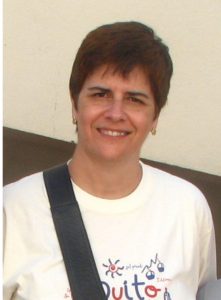 Analucia M. Trielli is Father Noel’s assistant in the Foreign Mission Office.  Her devotion to the work runs deep. Analucia is a direct beneficiary of the missionary work of the Benedictine monks of Saint Vincent Archabbey and their mission in Vinhedo, São Paulo, Brazil.  Analucia, growing up in Brazil, participated in numerous youth retreats organized by the monks at Siloé Retreat Center.  As she grew older, she was asked to begin to assist with the retreats, which she did faithfully, as a volunteer, for the next 8 years.  To more formally prepare for a lifetime of service in this ministry, she enrolled at Saint Vincent Seminary, in Latrobe, in order to pursue a Masters degree in Systematic Theology.  After completing her studies, she returned to Brazil and continued her volunteer work at Siloé Retreat Center for the next 17 years.  She was then invited to come to Saint Vincent Archabbey to continue her service to the missions as Assistant to Father Noel in the Foreign Mission Office.  She has been working in the Mission Office and the Archabbot’s Office since January 2009.  “I know the importance of the work that is being done in the missions.  The gift that the missionaries of Saint Vincent gave me and my family is invaluable: a lifetime following in Christ’s footsteps.”